You are here: Home / Our First Lady 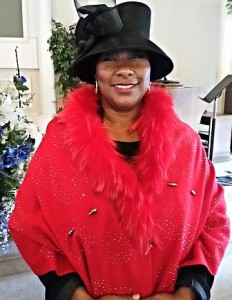 where to buy accutane in malaysia LaNett Stanley Turner

gabapentin 300 mg for dogs side effects A Christian and native Atlantan, LaNett Stanley-Turner was born the youngest of nine children to Archie and Ethel Stanley in a very loving and nurturing family. She accepted Christ as her personal Savior at 10 years old, fully understanding her decision and commitment. LaNett was educated in Atlanta public schools; Center Hill Elementary and West Fulton High. She was also educated at St. Anthony Catholic School. LaNett holds a Bachelor of Science Degree in Journalism from the University of Tennessee in Knoxville. She received additional education at Harvard University in Boston, Mass. in the John F. Kennedy School of Government. LaNett is a former student at Carver Bible College with emphasis on Christian counseling.became the youngest African American woman to be elected State Representative in the history of Georgia. She defeated a 20-year incumbent. Unlike most, her eighteen years in the Georgia House of Representatives have produced rapid success for LaNett. After serving only six years in the General Assembly, she was elected by her peers to one of the six highest and most powerful positions in the House, which is that of Secretary of the House Democratic Caucus. She also has the distinction of being the first woman (Black or White) and first African American (male or female) to hold such a high honor. In addition, with the 1992 election to the House of her older sister, Pamela who represented district 49, for ten years, LaNett shared the distinction of being the first and only legislative sister team in the United States, during that time.

http://thelittersitter.com/wordpress During her 23 years in the legislature, LaNett championed many issues for senior citizens such as transportation, affordable healthcare, reduced taxes and youth partnerships. She spearheaded the legislation to improve and maintain downtown development and jobs through the building of Phillips Arena. She fought solid waste companies and environmental injustices in the inner city along with supporting clean water initiatives. She played a key role in getting a state flag which truly reflects Georgia. LaNett was a friend to labor and children through her efforts to push for improvements in wages and workers’ rights, along with improving Georgia’s education department, provide faith-based after school programs, and better healthcare for children, just to name a few.

Representative Stanley-Turner, of District 53, served on some of the most powerful committees in the Georgia House; Secretary of the Rules Committee, Ways and Means, Ethics, Telecommunications & Public Utilities, Agriculture, Education, Economic Development & Tourism, Defense & Veteran Affairs, University Systems and Special Rules (Policy). In addition, she served as chairman or vice-chairman of many national committees and locally has served on several Boards. In addition to being a legislator, LaNett is a licensed in real estate and is a communications consultant. LaNett has appeared in many national publications including Ebony Magazine for the second time as one of the 50 leaders of the future. In January 2009, after 23 years, LaNett retired from the Georgia General Assembly to spend more time with her ailing 92 year old mother, her family, and support her husband. For nearly four years she was the director of Mt. Vernon Baptist Church Daycare Academy where she enjoyed helping to develop future servants of The Lord.

Of all her responsibilities, the one which gives her the most joy is that of being married to whom she affectionately refers to as “the most wonderful man on earth,” Rodney K. Turner. She is a loving mother and is happily married to Reverend Rodney K. Turner of Atlanta, Pastor of Mt. Vernon Baptist Church in Atlanta, Georgia. She works by her husband’s side in his quest to present Christ to the least, the less and the lost. Through six books he has written and his Christ-based recovery program, she assists him in helping individuals tackle sin and substance abuse problems. This work has helped many to begin to live more productive lives.

While LaNett takes all her responsibilities very seriously, her number one goal is to be more Christ-like, serving God and helping others to know him. Her favorite saying is from Proverbs 3:5 & 6, “Trust in the Lord with all thine heart and lean not unto thine own understanding. In all thy ways acknowledge Him and He shall direct thy path.”